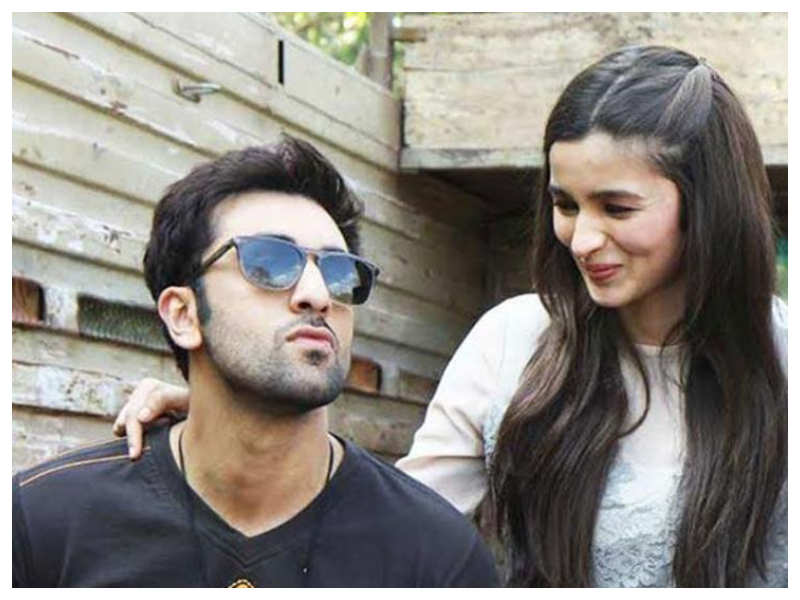 Alia Bhatt was seen having a gala time with someone really special to her, and it is not Ranbir Kapoor. Read on to know who is this special person.

While one ‘Student of The year’ Varun Dhawan recently got hitched, talk about another ‘student’ Alia Bhatt’s marriage with Ranbir Kapoor is also doing the rounds. Right from the ‘Rockstar’ actor confirming the marriage plans to Alia recently calling his jersey number 8 as ‘love’, fans have been expressing their excitement on updates over their D-Day. Amid the buzz, Alia recently went out for ‘dinner date’, but it was not with her boyfriend.

Though not with Ranbir, Alia Bhatt had a close one that she spent her dinner date with. It was none other than her sister Shaheen Bhatt. The duo seem to have gone to a trip together and spent some quality sister time together.

Shaheen shared a photo of Alia, dressed beautifully in a red dress on her Instagram stories and captioned the post as ‘dinner date.’

That was not all, the Bhatts also seem to have enjoyed a trip on a ride, as Shaheen posted a video of them moving their legs outside their vehicle in excitement. It’d be interesting to know what Ranbir Kapoor, who had been busy with shooting for his film with Luv Ranjan, has to say about the fun times of the sisters.

Meanwhile, on the professional front, Alia Bhatt has been shooting multiple projects. One of them is Sanjay Leela Bhansali’s Gangubai Kathiawadi. The shooting of their movie, based on the ‘madam’ of a brothel has been underway for more than a year.

Alia recently returned to the sets to shoot after the COVID-19 lockdown. The producers also announced that the film will be releasing in the theatres this year.

Among the other projects in Alia’s kitty include the multi-starrer RRR. The movie stars JR NTR and Ram Charan in lead roles, and also features Ajay Devgn, among others. While the first look posters of the leads and teasers were unveiled, there is still mystery on Alia’s look and role, which has been kept under wraps till now.

Alia will also be seen for the first time with Ranbir Kapoor, in the movie Brahmastra, which is also likely to release this year.

Watch the video to know who is this special person