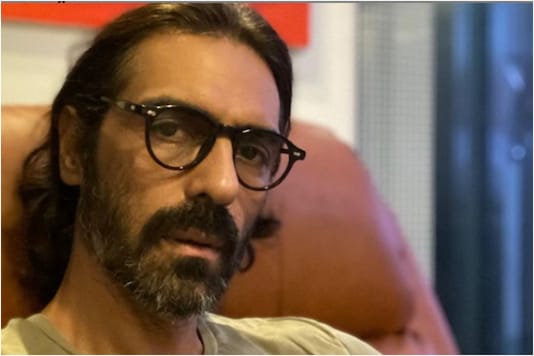 Arjun Rampal started the new year with a lengthy post on what he learnt in 2020, a year that saw him being probed by the Narcotics Control Bureau (NCB) as part of the agency’s investigation into the alleged Bollywood drugs nexus,

Actor Arjun Rampal has declared in a new social media post that he has never been on the wrong side of the law, without making any reference to the drugs probe currently being conducted on him.

Rampal started the new year with a lengthy post on what he learned in 2020, a year that saw him being probed by the Narcotics Control Bureau (NCB) as part of the agency’s investigation into the alleged Bollywood drugs nexus, after the death of actor Sushant Singh Rajput in June.

“Wishing all of you a safe, blessed, healthy and prosperous 2021. 2020 taught us a lot. My learning is attached have a read. Happy new year,” he captioned the note.

Reflecting on 2020, his note was addressed to family, work, fans, friends, his industry, media, country and God.

“So, as we head into 2021 it is concern that makes me pen down my thoughts of a year that filled millions of lives with fear, anxiety, disruption, scandals, hypocrisy, lies, truths, realisation, enlightenment, bravery, strength, courage, charity, confusion, clarity and character. Most of these emotions I have felt myself, as I silently observed each and every one of them overwhelm me with an emotion that each of the adjectives bring,” he wrote.

As for family, he said that there is a tendency to take them for granted, “always thinking they are always there, till relationships just become relations“. However, he thanked each one of them and expressed gratitude.

Professionally, 2020 was supposed to be a busy year for Arjun. “With 280 days of my calendar already booked, I was certain the days would fly. But no, the universe had other plans. Halt, stop, reflect, listen, appreciate, understand and learn were the emotions felt,” he wrote. The “Nail Polish” actor said that he was filled with gratitude to work again amid the new normal owing to the pandemic.

He also thanked his fans in the era of social media. “2020 also exposed how dreadfully misleading, disruptive and dangerous it has been. To all my fans, I just want to thank you for being so dignified and solid through the times and through the news that surrounded me,” he wrote hinting about the drugs probe.

“I would like to assure each and every one of you that I am well aware of my responsibility as a celebrity, a father and a citizen of a country I love dearly that I have never been on the wrong side of the law. You all have nothing to fear or speculate as I have done nothing wrong. I love you all and going forward we shall only spread love and peace together. There is no room for any negativity in our space,” he added.

He also touched upon his bond with friends which changed in the past few months. “Old ones and new…many disappeared. A few remained. To all those who disappeared, I thank you. For those who stayed, I look forward to getting old with you.”

Talking about the film industry, he said: “To all those who know me and believed in me I am eternally indebted and grateful. To all that I may have unintentionally hurt in any way through this time I am sorry. To all who may have done the same to me, I forgive.“

Also read  Arjun Rampal ‘relieved’ as he tests negative for Covid-19, will be tested again in four days

As for the media, Arjun said that he learnt “how ugly it is to hunt“.

Sharing his love for India, he said that the country will emerge stronger from the pandemic and tragedies.

Arjun also thanked God and said: “With you on my side. Who needs a Godfather“.

Concluding his note, he wrote: “Farewell 2020, I will never see you again, but I will also never forget you.”