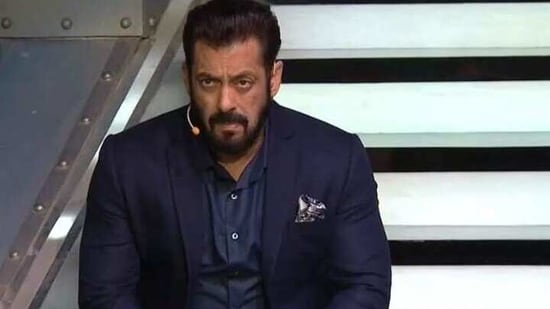 Sunday’s episode of Bigg Boss 14 Weekend Ka Vaar with Salman Khan will be an emotional affair.

After an entire week of heavy emotional doses for the housemates as their family members visited them, participants will be seen crying.

In the promo, even Salman is seen with tears in his eyes as evictions for the week are announced.

The promo video for Sunday’s episode opens with Salman scolding Rubina Dilaik for her statements against Eijaz Khan.

“Why did you use the term ‘false narrative’?”, Salman asked her even as Abhinav Shukla intervened to say that it was him, not Rubina who used the words. “Rubina ke better half, ya worse half, aap Rubina ke mouthpiece na banein to behtar hai (Rubina’s better or worse half, it will be better if you do not be her mouthpiece),” an angry Salman told Abhinav.

Next, Salman is seen taking up the topic of Nikki Tamboli refusing her duties of household chores.

Salman will be even seen entering the house and cleaning and making Rakhi’s bed that Nikki had refused to clean.

Nikki and Rakhi watch and apologize while asking him to stop, even as Salman cleans the bed, saying no work is small.

“No work is small. Ye same chees picture ya serial me karne ke liye milti to aap log full performance karte isko (You would have done this with full performance if you were asked to do so as part of a movie or TV serial role),” Salman said as he made the bed.

Next, the housemates are seen in a tense atmosphere as Salman gears up to announce the name of the contestant who would be evicted this week.

Rubina, Abhinav, Jasmin Bhasin and Aly Goni are nominated for eliminations this week and they are seen all crying. Even Salman is seen with tears in his eyes as the promo video ends.