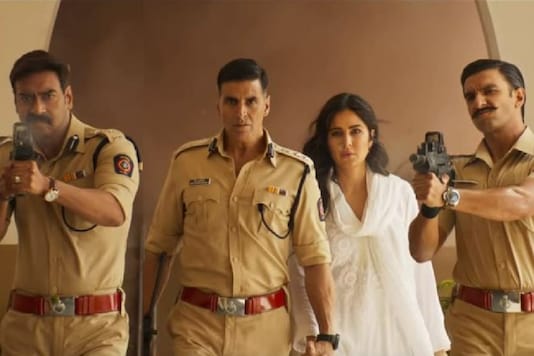 The Rohit Shetty film’s release strategy is restrained to just single screens and non-national multiplex chains across the country.

Rohit Shetty and the stakeholders of Sooryavanshi have been in advanced talks with national multiple chains for the date of release of the film. The negotiations are ongoing so that the Akshay Kumar led film could reach the big screen during the Good Friday weekend i.e. April 2, 2021. The effort is to align the interests of the national chains with that of the vision of the makers.

As per a report in Pinkvilla, the team has finally arrived at a concrete decision and will release it on the big screen on April 2. Sooryavanshi will take an unconventional release pattern though. The film’s release strategy is restrained to just single screens and non-national multiplex chains across the country.

A source close to Rohit informs Pinkvilla, Sooryavanshi that the makers are committed to bring it to cinema halls from the first day itself. The team is hoping for multiplexes to understand the plight of the stakeholders. Since Rohit’s terms and conditions found no takers, he has finally taken a decision to explore other routes. He will release the film only in the single screens and non-national multiplexes, and bypass the major five national chains of PVR, INOX, Cinepolis and Carnival. The cop drama can hit the big screen all over India if the multiplex chains agree to provide better terms.

The team explored several models to bring the action thriller to the audience, including the hybrid release format as also OTT. The team still believes that a film like Sooryavanshi should be enjoyed on the big screen. What remains to be seen is, if national multiplex chains can find a way to make it a pan-Indian release. The film’s collections will get affected by the decision of avoiding big nationwide multiplex chains. It will also make an impact on the multiplex chain’s business stream.