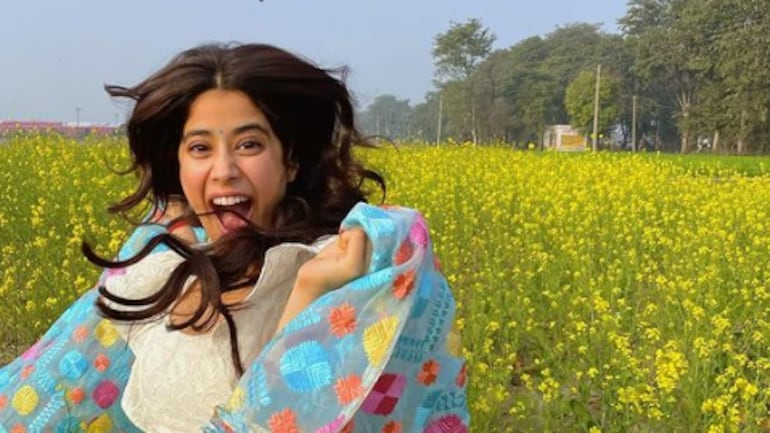 Janhvi Kapoor recently on her Instagram a video share some bits and funny videos from the sets of her upcoming film. Read on to know more in detail.

Janhvi Kapoor likes to have fun while shooting her films. Today, the actress shared videos and pictures from the sets of her upcoming film Good Luck Jerry. In one of the videos, the actress is seen driving an e-rickshaw.

The actress’s team members are seen sitting in the passengers’ seat as she drives them away in an e-rickshaw. They can be heard saying, “Humein bachao,” in the video. Janhvi also shared a picture of sister Khushi Kapoor, who is accompanying her as she shoots for the film. Janhvi captioned the post as, “Film shoots are fun”

This isn’t the first time we have seen Janhvi have a fun time on the sets of Good Luck Jerry. The Dhadak actress earlier shared videos of her playing cricket on the sets of the film. She captioned it as, “It is safe to say I am a pro.” The actress is seen taking clean shots at the game.

Good Luck Jerry is the Hindi adaptation of the 2018 Tamil film Kolamavu Kokila, starring Nayanthara. It is directed by Siddharth Sengupta and produced by Aanand L Rai. The film also stars Deepak Dobriyal, Mita Vashisth, Neeraj Sood and Sushant Singh in pivotal roles. The film’s shoot had been disrupted twice by farmers in Punjab who are protesting against the Centre’s three farm laws.

Apart from Good Luck Jerry, Janhvi also has Dostana 2 and Roohi Afzana in her kitty.

Janhvi Kapoor has shared pictures and videos from the sets of her upcoming film Good Luck Jerry. The actress is seen driving an e-rickshaw in one of the videos. Watch the video for more details.