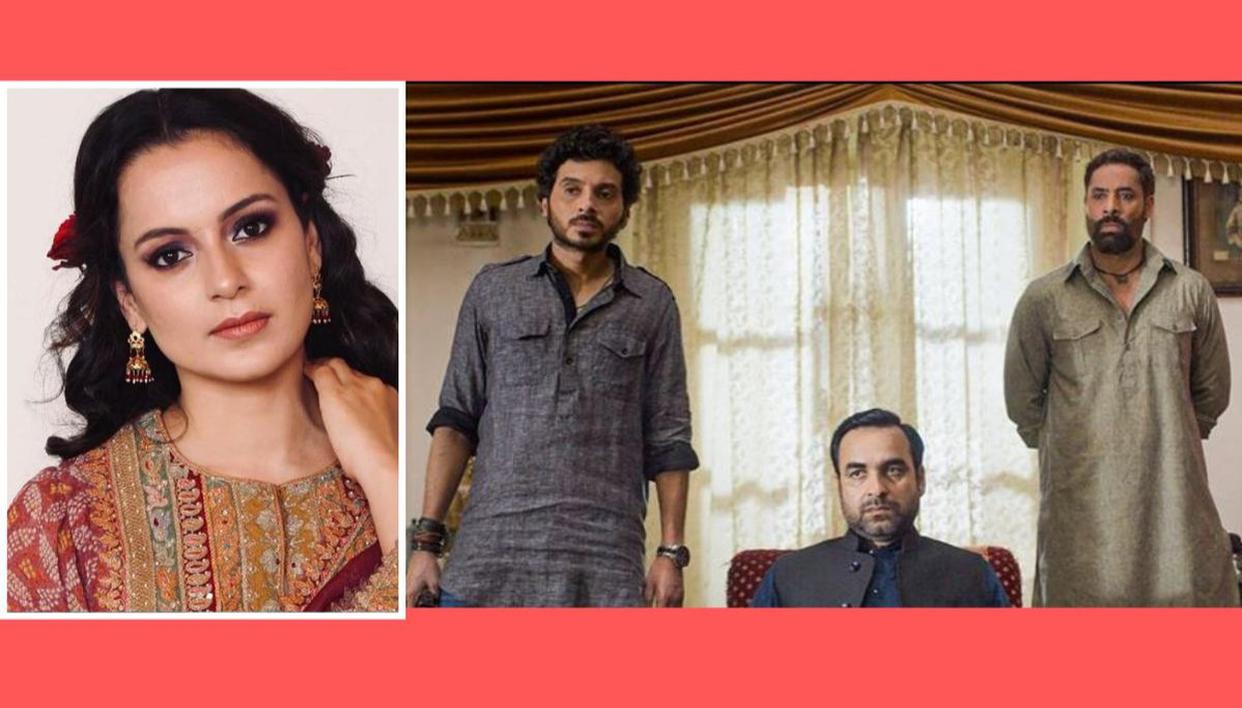 Kangana Ranaut took to her Twitter handle and criticised Amazon Prime’s recently released Mirzapur 2 show. The actor blamed Bollywood for showing criminals and dark characters played by actors in such a way that they are not villains but “anti heroes”. Kangana further exclaimed that Bollywood is responsible for a lot of crime that happens in the country as many criminals get influenced to do crimes after watching “good looking young men” playing the negative and dark characters.

Kangana Ranaut slammed Mirzapur 2 makers for glorifying criminals in their show and wrote on her twitter handle that Bollywood has caused more damage to society than good. The actor had shared a piece of news claiming that Taufeeq, who killed Nikita Tomar in a love jihad case. did so after watching Mirzapur 2. Kangana wrote in her tweet, “This is what happens when you glorify criminals, when negative and dark characters are played by good looking young men and they are shown as anti heroes not villlains then this is the result, shame on Bullywood for causing more damage than good always…” Check out the tweet below.

A number of people on social media were of the opinion that a criminal’s mindset and actions cannot be blamed on cinema or characters in the reel life. Several netizens pointed out that if there are dark characters in films and shows, there are plenty of positive films made as well, so the onus lies on the viewer to take inspiration from the right kind of films. A lot of other netizens stated that it is wrong to blame a show or a reel life character for the wrongdoings of a person in real life.

What Incident is Kangana Referring to?

Recently, a young girl called Nikita Tomar was shot by Taufeeq, who was trying to abduct the girl and flee the spot after shooting the victim. While speaking to the media, Ballabhgarh ACP Jaiveer Singh Rathi said that the victim was taken to the hospital but she succumbed to her injuries. The police further added that as per the preliminary investigation, the victim and one of the accused were known to each other.

Both the accused, Taufeeq and Rehan were arrested by the police on Tuesday. They were produced before a Faridabad court and sent to two-day police remand. As recovered from the CCTV footage of the incident, Nikita Tomar was seen struggling to get free while the accused, Taufeeq, tries to force her into the car in a bid to abduct her. As she refuses to get inside, the accused shoots her at a point-blank range and flees the spot with his accomplice.