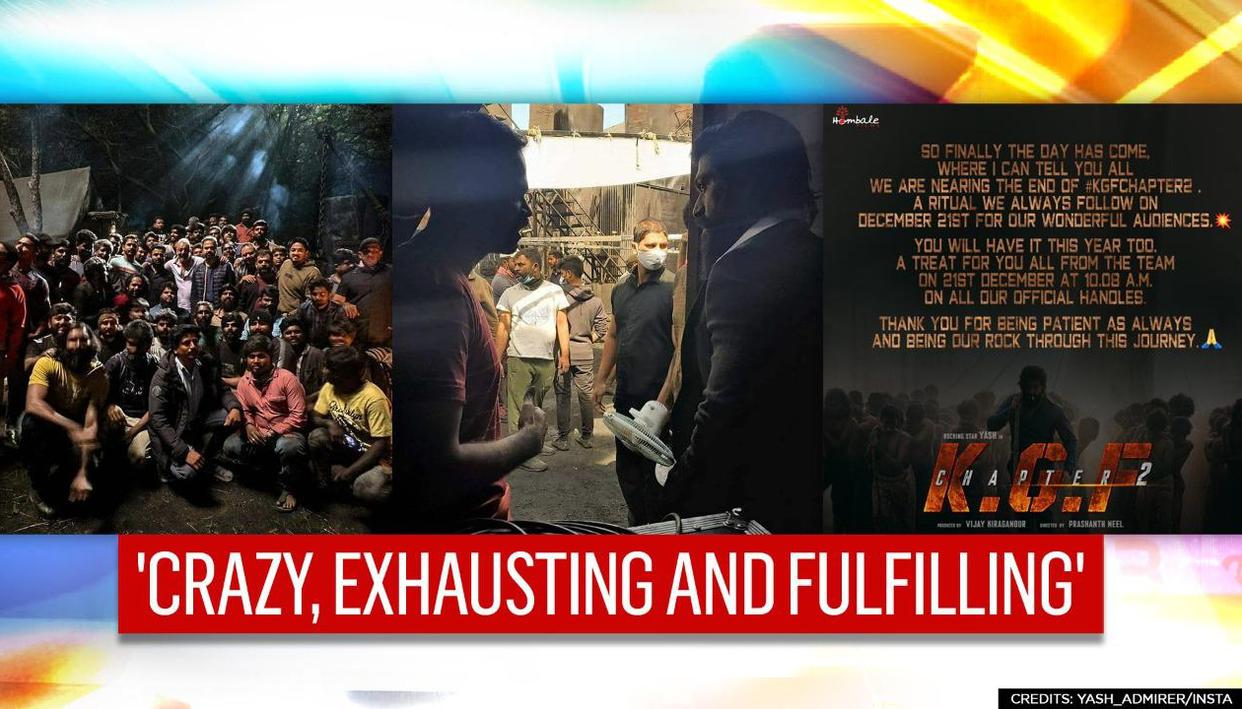 Filmmaker Prashanth Neel on Sunday said he has finished shooting the climax sequence of his much awaited action drama ‘KGF: Chapter 2’. Read statement —

Filmmaker Prashanth Neel on Sunday said he has finished shooting the climax sequence of his much-awaited action drama KGF: Chapter 2. The film is a sequel to the 2018 period-action blockbuster KGF starring Yash in the lead.

KGF: Chapter 2 also features actor Sanjay Dutt, making his Kannada debut. Neel took to Twitter and posted pictures of the film’s cast and crew post the shoot’s wrap. “An end to the climax shoot. Can’t wait for the world to see ‘KGF Chapter2’ only on the big screen,” he tweeted.

In August, Dutt, 61, had announced that he would be taking a break from his professional commitments to focus on his health. The actor resumed shooting for the film in November. KGF: Chapter 2 cinematographer, Bhuvan Gowda, took to Twitter and shared a picture with Dutt, who features in the film as the antagonist, Adheera.

“End of Hyderabad schedule (climax fight) and end of @duttsanjay sir portion for #kgfchapter2. Had an Amazing experience capturing the legend on camera,” he wrote. Production on the movie was affected due to the coronavirus-induced nationwide lockdown in March.

The work on the sequel resumed in August, with actors Prakash Raj and Malavika Avinash joining the team. “KGF” follows the story of Rocky (Yash) who rises from poverty to become the king of a gold mine. The sequel also stars Raveena Tandon and Srinidhi Shetty.

The makers also made an announcement and wrote, “So finally the day has come, where I can tell you all we are nearing the end of KGFChapter2. A ritual we always follow on December 21st for our wonderful audiences. You will have it this year too. A treat for you all from the team on 21st December at 10.08 AM. On all our official handles. Thank you for being patient as always and being our rock through this journey.”