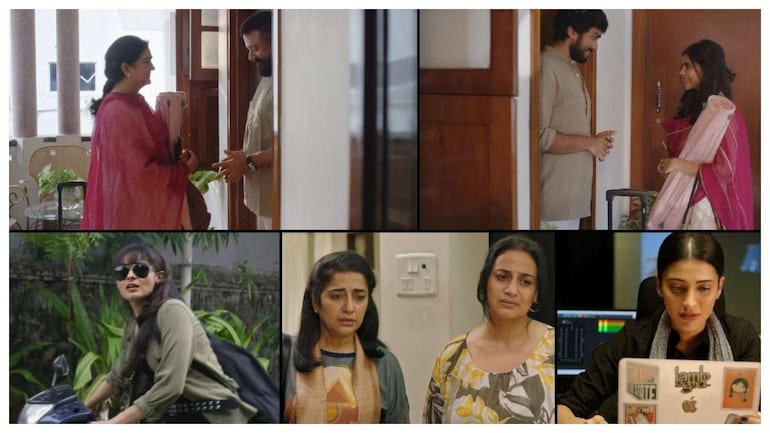 Putham Pudhu Kaalai, an anthology of five Tamil short films, was leaked on TamilRockers a few hours after its release on Amazon Prime Video.

Putham Pudhu Kaalai premiered on Amazon Prime Video on October 16. However, within a few hours of release, the film was available for download on popular piracy site TamilRockers in high definition. Last month, Amazon Prime Video announced that they are coming up with a Tamil anthology helmed by five renowned directors in the industry.

Gautham Menon, Sudha Kongara, Rajiv Menon, Karthik Subbaraj and Suhasini Mani Ratnam were roped in for the project. Putham Pudhu Kaalai, which was shot completely during the pandemic, tells us five heartwarming stories. The anthology revolves around love, hope and new beginnings.

The makers are quit upset about film being shared by miscreants on piracy websites and telegram, as it is garnering rave reviews from both audiences and the critics alike.

IndiaToday.in reviewer Janani K rated the film 3.5 out of 5 stars and wrote, “The common motif in these five stories is relationships coming together during the 21-day lockdown. All the characters are stuck at home and have nowhere else to go, courtesy of the coronavirus. How this situation mends certain relationships and how it gives birth to some, forms the crux of the film.”