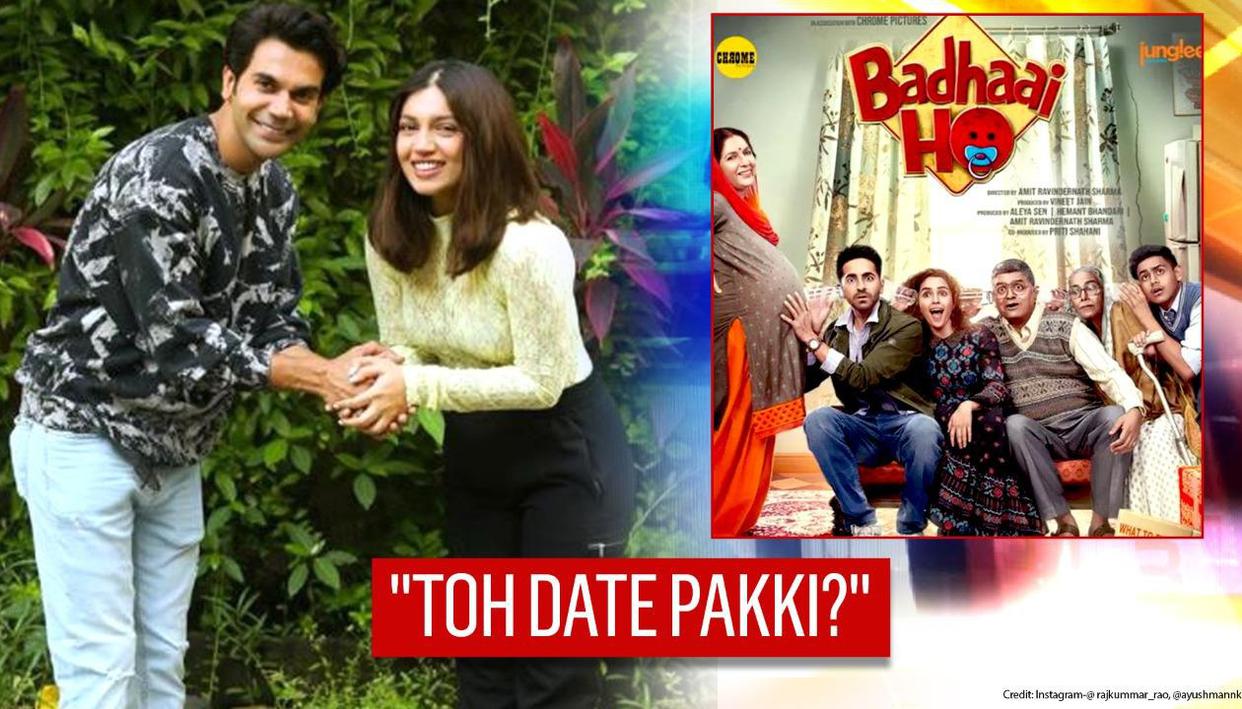 Rajkummar Rao and Bhumi Pednekar fixed the ‘date’ for the start of the shoot of their film ‘Badhaai Do’ as Ayushmann Khurrana’s ‘Badhaai Ho’ completed 2 years.

Ayushmann Khurrana and his family had an interesting journey, not just on the screen, but also off it, as Badhaai Ho brought up ‘good news’ with its box office bonanza. As the film completed two years, there seems to be another reason for celebration, but those receiving the congratulatory wishes have changed. It’s going to be Rajkummar Rao and Bhumi Pednekar who will be a part of the sequel of the popular family comedy, tiled Badhaai Do.

Rajkummar Rao and Bhumi Pednekar in Badhaai Do

While the news of Rajkummar and Bhumi starring in the sequel was announced before, the duo announced that the film will go on floors at the start of 2021. Sharing a picture, where they held hands (after applying sanitiser) and were all smiles, the former confirmed if they had fixed the date. They informed that they were going to kick off 2021 with ‘Badhaaiyaan’ (congratulations) and were all geared up to meet on the sets.

Apart from Ayushmann, Badhaai Ho also starred Sanya Malhotra, Gajraj Rao and Neena Gupta. The movie traced the story of a couple expecting a child in their 50s, thus embarrassing their children. Badhaai Ho was a blockbuster at the box office, entering the Rs 100-crore club.

The new movie will be directed by Hunterrr fame Harshavardhan Kulkarni, while Akshat Ghildial, who was one of the writers of the previous film, is one of the only constants on both ventures.

Rajkummar Rao’s two other films Ludo and The White Tiger are also set for release soon. Bhumi recently featured in Dolly Kitty Aur Woh Chamakte Sitare and will soon be seen in Durgavati.