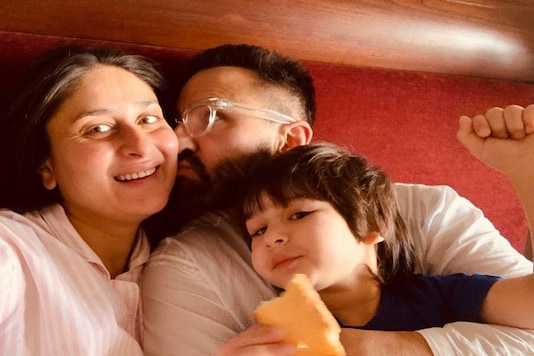 Saif Ali Khan wanted to name his son with Kareena Kapoor ‘Faiz’ but the actress was firm that she wanted him to be called ‘Taimu’, which means iron.

Back in 2016, when Kareena Kapoor Khan and Saif Ali Khan’s first son was named Taimur, it ignited a debate as many criticized the couple claiming that the name was inspired by the Turkish invader Timur.

In 2018, Kareena addressed the controversy at the India Today Conclave. She said that the night before she was going to the hospital for her delivery, Saif had asked her if she was sure about naming their son Taimur. He also suggested that they could name him Faiz, as it was more poetic and romantic.

However, Kareena was sure that if she had a son, she would want him to be a fighter, and since Taimur means ‘iron’, that was the apt name for him.

“There was a lot of trolling, but there was also an immense amount of support. Not that the trolls mattered, because the night before I was going to the hospital, Saif asked me, ‘If it’s a boy, are you sure you want to do this? Let’s change the name and call him Faiz. It’s more poetic and romantic.’ And I was like, no. If it’s a boy, I want my son to be a fighter. Taimur means ‘iron’ and I will produce Iron Man. I am proud to name him Taimur,” Kareena had said.

Also read  Kareena Kapoor’s son Taimur takes cue from cousin Inaaya as they board a toy train during playtime, watch