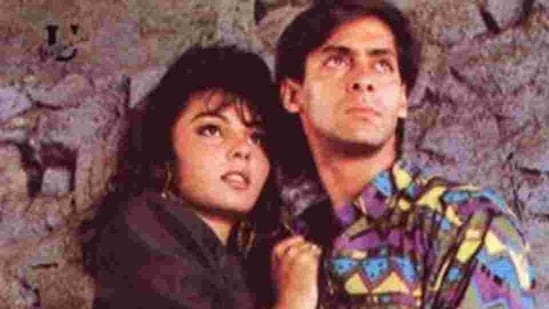 Salman Khan’s ex-girlfriend Somy Ali says she flew down to Mumbai at the age of 16 only because of her massive crush on the actor and had no interest in movies.

Former actor Somy Ali, who in her short career in Bollywood worked with the likes of Saif Ali Khan and Suniel Shetty, has said that the only reason she came to India was to marry Salman Khan.

In an interview, Somy spoke about convincing her parents to let her move to India as a teenager, and how she was never interested in pursuing a career in films.

“It was 1991 and I was 16. I saw Maine Pyar Kiya, and I went, ‘I have to marry this guy!’ I told my mom that I am going to India tomorrow. She, of course, sent me off to my room, but I kept pleading that I have to go to India and marry this guy — Salman Khan,” she told Bombay Times.

She said that she told her father that she wanted to visit relatives in Mumbai, and that she wanted to see the Taj Mahal. She continued, “I was born in Pakistan and had lived there for a few years before I move to Miami, so I spent a week there, and then landed in India and checked into a five-star hotel. People used to make fun of me because I was this ‘struggling actor’, who was staying at a plush hotel.”

In hindsight, she said that there was no way her film career would’ve worked, because she was ‘every director’s nightmare’ as she refused to go to rehearsals, and was ‘too Americanised’. She said, “I was such a misfit in the film industry. I had no interest in pursuing a film career, and my only goal, which sounds preposterous at this age, was that I have to marry Salman.”

She said that she hasn’t been in touch with him, but that she met his mother, Salma Khan, when she was visiting Miami a few years ago. She and Salman reportedly dated for eight years.

Marrying Salman Khan Was My Only Goal, Says Somy Ali About Moving to Mumbai at 16

Somy Ali has recounted the story of how she moved to India as a teenager, with the ‘preposterous’ idea of wanting to get married to Salman Khan.

Watch her honest confession about her relationship and career in this video.