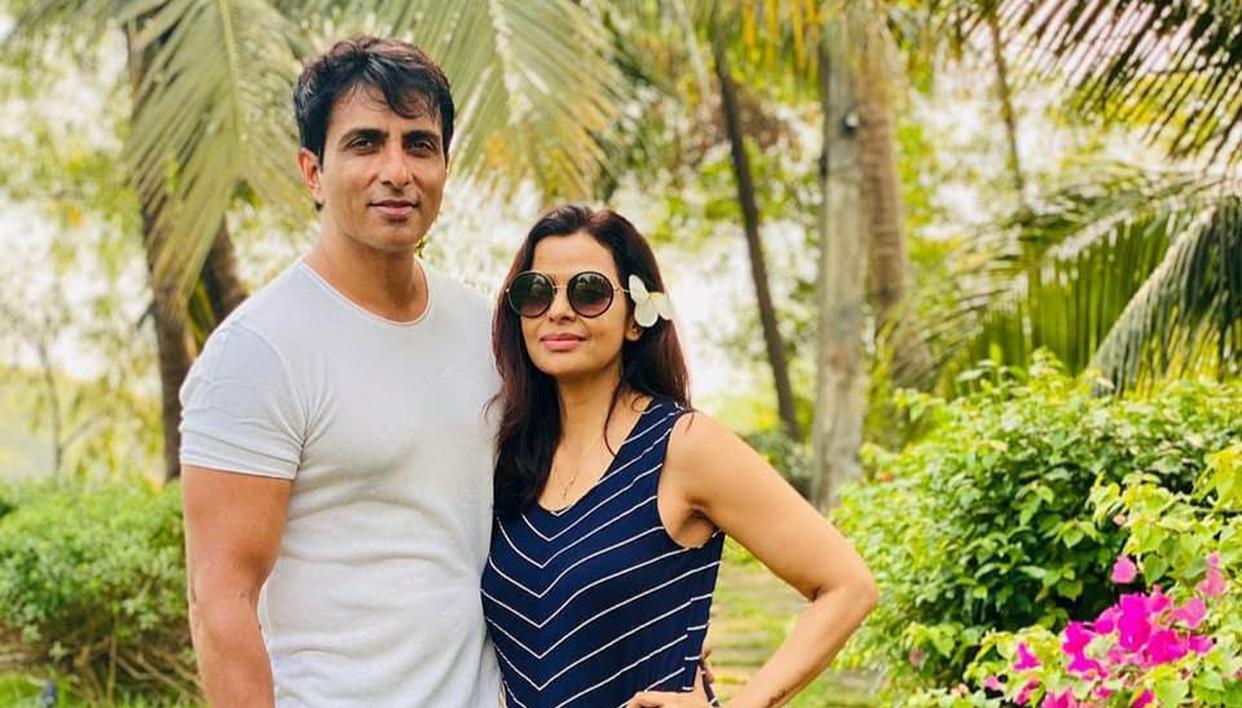 Actor Sonu Sood who is known for his philanthropic work for the needy has taken a short break from work to spend some quality time with his family and friends.

Actor Sonu Sood who is known for his philanthropic work for the needy and migrant workers has taken a short break from work to spend some quality time with his family.

Celebrity photographer Manav Manglani shared pictures of the actor spending some time and relaxing with his wife Sonali Sood and his best friend Neeti Goel.

In the pictures, the actor can be seen striking a pose with his wife and Neeti’s family members at their villa in Alibag while giving those cool vibes from their vacay.

Sonu Sood leaves for a holiday

After spending his lockdown period in the service of the people and society by reaching out to each one in need, this vacay was a much-deserved one for the Happy New Year actor.

The other set of pictures, showed the actor striking some cool pose with his wife Sonali while the others were the group ones with his friends and their families together. Several fans of the great actor were quick enough to thank the actor for his work towards society.

One of the users wrote, “Sonu Sood is a true gentleman.” Another user wrote, “This was a much-needed break for him after all his work for the society.” A third user chimed in and wrote, “Very nice.”

Sonu Sood’s extraordinary work towards the public is being loved and appreciated by one and all. He is being praised for his sincere efforts towards the people.

Also read  Sonu Sood responds to being called a ‘fraud’, talks about trolling he faces despite his public work

Meanwhile, on his professional front, the actor has decided to do only ‘positive roles’ and ‘author-backed’ roled after a sea change in his life in the past one year.

In a conversation with an entertainment portal, Sonu Sood revealed that he won’t do ‘villain roles‘ now, courtesy of his positive image in the COVID-19 times. “I’m being offered many good roles. I need to work out the time frame to do at least a couple of films a year,” Sood told SpotboyE after reports suggested that his next film Alludu Adhurs was modified a bit keeping his philanthropic work in mind.

Reports suggest that Sood has been offered the role of ‘Bike Ambulance Dada’ a.k.a Karimul Haque, a Bengal man who carried sick people on his motorbike to hospital.