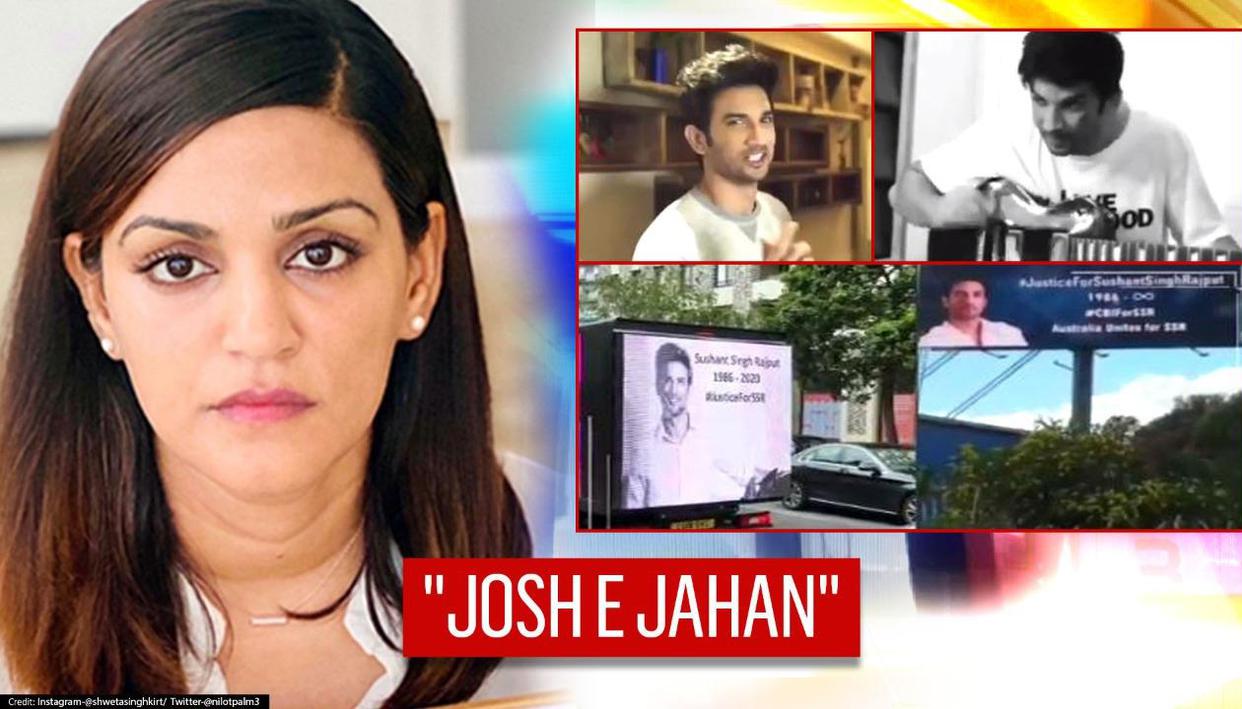 Sushant Singh Rajput’s sister Shweta Singh Kirti made a request to the ‘warriors’ to remain united as she showered love on a tribute video ‘Josh E Jahan’.

Sushant Singh Rajput fans have been tested in their fight for ‘justice’ as they seek answers even after four months of his death. After delight over the Central Bureau of Investigation taking over the case, a section was not too pleased with the ‘pace’ of the probe as no major updates have been released recently. However, the late actor’s sister Shweta Singh Kirti has urged them to remain united and not lose hope.

Taking to Twitter, Sushant Singh Rajput’s sister Shweta Singh Kirti wrote that their ‘strength’ rested on their ‘unity’. Using the hashtag ‘SSR Warriors Stay United’, she urged them to not let this unity break at any cost.

She also appreciated a special video honoring Sushant. Titled Josh E Jahan, released by Sushant’s family friend Nilotpal Mrinal, the ‘warriors’ were urged to ‘Keep the josh high.’ Responding to the video, that highlighted numerous special moments from his life, like love for astronomy, fitness and music, apart from the numerous tribute events held worldwide, Shweta showered it with hearts.

Shweta also appreciated an ‘SSRian’ for donating all his earnings from YouTube to a Swami Vivekanand charity, as Sushant was believer in Swami Vivekanand’s principles. Among other tributes recently was protest rallies and marches held in Patna, Varanasi and Kolkata, where fans of Sushant sought answers over the death of SSR.

Sushant was found dead at his Mount Blanc residence in Mumbai’s Bandra on June 14. His family got an FIR registered against Rhea Chakraborty, her family members and others on charges of abetment to suicide, cheating, among others, after over 40 days of investigation by Mumbai Police. Amid controversies as Bihar Police arrived in Mumbai to probe the case, the Supreme Court ordered the CBI to take over the case.

The Enforcement Directorate also stepped in to probe the financial dealings, questioning Rhea and the others. As evidence of Rhea’s alleged involvement in supply and consumption of drugs surfaced, the Narcotics Control Bureau stepped in. They arrested Rhea, her brother Showik and other members of SSR’s staff, out of whom Showik is still in jail, while Rhea is out on bail.

The CBI has clarified that probe in all the angles is very much on.