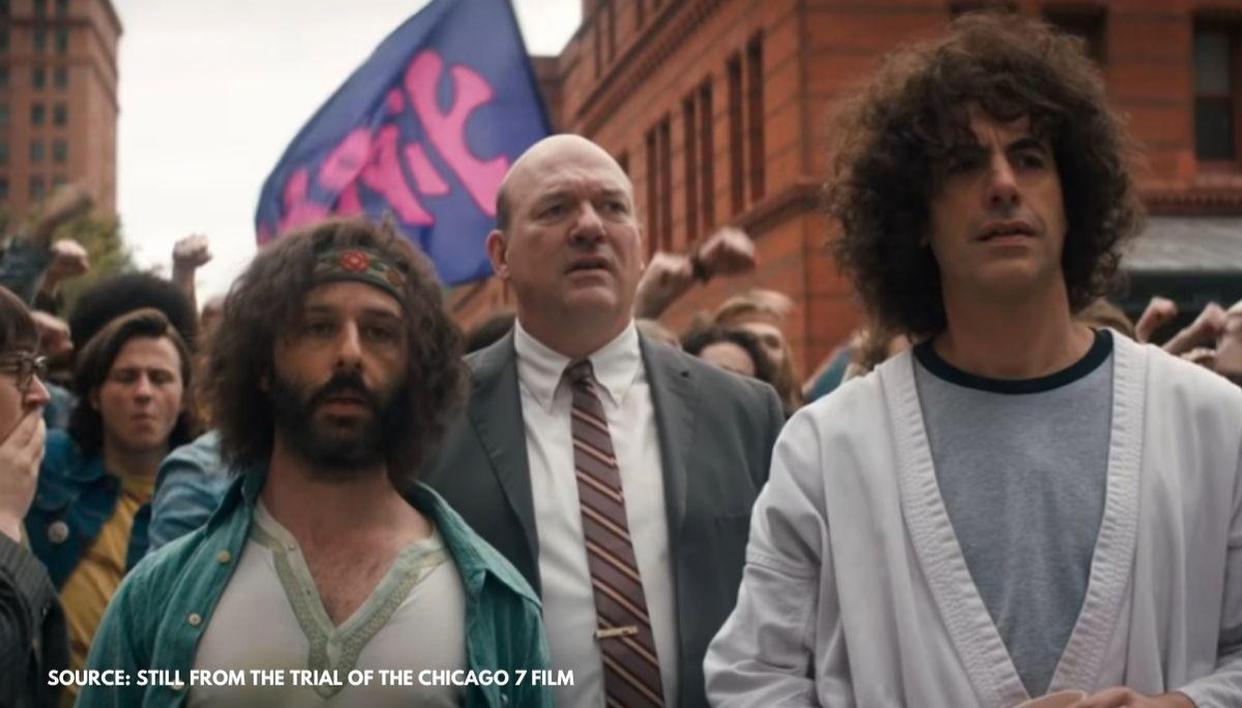 Directed by Aaron Sorkin, the film The Trial of the Chicago 7 is an American historical legal drama film. The film features an ensemble cast of actors like Yahya Abdul-Mateen II, Sacha Baron Cohen, Daniel Flaherty, Joseph Gordon-Levitt, Michael Keaton, Frank Langella, John Carroll Lynch, Eddie Redmayne, Noah Robbins, Mark Rylance, Alex Sharp, and Jeremy Strong. The Trial of the Chicago 7 follows the story of the ‘Chicago 7’, a group of anti-Vietnam War protesters who were charged with crossing state lines with the intention of inciting riots at the 1968 Democratic National Convention in Chicago. The series released on Netflix on October 17, 2020, and has been receiving a lot of reactions since then. Take a look at some of the audience’s reviews.

The Trial of the Chicago 7 audience’s reaction

The Trial of Chicago 7 received positive reviews from the audience. One Twitter user wrote that she was speechless and her face was covered in tears after she finished watching the film. Another Twitter user praised the writer of the film, Aaron Sorkin, and wrote that he is the most talented writer working in the motion picture industry. He also mentioned how the film was the best courtroom drama since the film 12 Angry Men.

Another Twitter user wrote that The Trial of the Chicago 7 was the best movie of 2020. He also praised the chemistry between Jeremy Strong and Sacha Baron Cohen. One Twitter user also thanked the writer and director of the film, calling it ‘amazing’ and ‘relevant’. He also praised the songs of the film along with the actors’ incredible performances. The film showed how a political decision by the new administration run by Richard Nixon is made to stage a show trial to intimidate a hippie, peace activist and black power movements in their opposition to the Vietnam War.

The film then follows courtroom processes and manoeuvring which is intentionally satirical on the part of the defendants or as incompetence on the part of the judge. Eddie Redmayne played the character of Tom Hayden in the film. Sacha Baron Cohen was seen as Abbie Hoffman while Joseph Gordon Levitt was seen as Richard Schultz. Actors Yahya Abdul Mateen and Alex Sharp played the characters, Bobby Seale and Rennie Davis, respectively.